Home
Blog
Summary and Analysis: “How to Tame a Wild Tongue” by Gloria Anzaldua

Summary and Analysis: “How to Tame a Wild Tongue” by Gloria Anzaldua 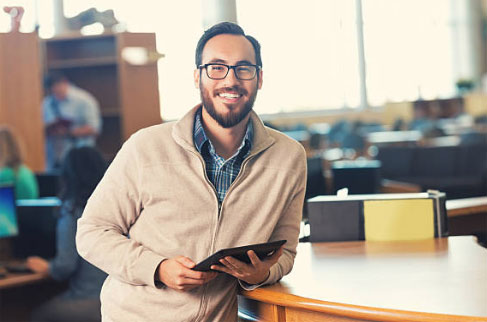 How to Tame a Wild Tongue summary and analysis, reveals the experiences of the American poet, critic, novelist and essayist Gloria Anzaldua. How to Tame a Wild Tongue, is a chapter in her book published in 1987 ‘Borderlands/La Frontera’. This is one of the major works that contributed to her being considered an important figure in the Chicano Literature. The book has been divided into two main parts: the first section consists of seven essays while the second section has a number of poems. Our focus will be How to Tame a Wild Tongue. In general, in the book Borderlands/La Frontera, she highlights her experiences as a woman living at the border, of different countries and cultures. Such women as herself, are referred to as mestiza as she describes in the book.

An Overview of “How to Tame a Wild Tongue”

The essay starts with Gloria Anzaldua describing a moment at the dentist’s office. Instead of her teeth being the issue it is her tongue. It poses a challenge for the dentists as he works on her teeth. The way she refers to the whole experience is considered a metaphor that denotes her tongue or language. She refers to other different memories all the way from her childhood that have had a significant impact on her identity with some memories leaving deep scars.

Gloria Anzaldua recalls of the time when the teacher sent her to the corner for attempting to spell her name for her. It was a sad experience for her. She further highlights her experiences as a Chicano. She reveals that for one to know who Gloria Anzaldua is, they have to see through the different layers of language, proof of her struggle with identity. Her gender too plays a significant role. Her culture has imposed a variety of rules and sayings of how women are expected to act or speak.

She is a Chicano and she is proud of it. Being a Chicano in a society where they are looked down upon is a struggle. Chicano’s cannot identify with the English or Hispanic speaking people as they are somewhere in between. In fact, through the book, we know that the best was to insult one is to make fun of how they speak, basically undermining them. Chicanos are Mexican Americans, a mix of both cultures that is basic Spanish to Southern Texas Spanish. They have a variety of dialects, therefore speak differently. We know Gloria is proud to be a Chicano, a look at the story where she goes off the curriculum while teaching Chicano students English is clear evidence.

How to Tame a Wild Tongue Summary and Analysis

How to tame a wild tongue summary and analysis will focus on Gloria Anzaldua’s take on language and identity. The essay describes the Chicano people, residing at the border of the USA and Mexico. It further reveals how the European conquest had a political, spiritual and socioeconomic influence on the natives at the borderland.

Are language and identity synonymous with each other as most people assume? How to tame a wild tongue analysis reveals to us that, that may not be the case. Ethnic identity should be your basis for self-validation. Regardless of other people’s negative reactions to ones’ diversity, any individual can be self-validated. For a long time, Gloria Anzaldua let other people’s negative reaction to her identity as a Chicano influence her self-esteem.

The term “language” has been defined in the dictionary as a system or method of communication within a country or society, while another definition refers to it as the use of words spoken or written to communicate with another person. Gloria Anzaldua How to Tame a Wild Tongue summary argues out her point of view of language. Language has a lot to do with her identity and believes she has been judged by it. She speaks different dialects of Spanish and English. She considers the majority of people to be heterogeneous because they speak different languages just as she does. The differences I see are more in the dialect rather than the language. Should we consider that speaking a different dialect implies speaking a different language or not?

In the essay How to Tame a Wild Tongue, Anzaldua has formed a relationship between her identity and the different languages. We as individuals speak a variety of languages, and she attributes it to the fact that we are complex. She further describes us as being heterogeneous people. Examples of languages as per the essay on page 166 include:

According to her expression of heterogeneous people, we can conclude that she is referring to individuals with a variety of traits that makes it challenging for people from other cultures from understanding them. Differences not from language but rather identity and background.

The Chicano people, according to the essay, have suffered greatly from the negative attitudes they receive from other cultures specifically the Mexican and English speaking people. She investigates their social attitudes towards the Chicano. The majority suffer from an identity crisis and low self-esteem as result. From her experience at the Dentists, her tongue is somewhat stubborn and is a problem for the dentist. It’s a metaphor that denotes to her accent and how it makes her keen on what other people think of her specifically when she speaks. Note that the dentist was not referring to how she speaks but her tongue. As thinks of the stubborn tongue a thought crosses her mind, How to Tame a Wild Tongue The fact that she is conscious of other peoples opinion of her, is an example of just how Chicano people struggle with communicating to individuals from other cultures.

Gloria Anzaldua How to Tame a Wild Tongue summary, shows us that an essential feature is her accent which forms her identity. Language is the key to our identity. Although she has self-esteem issues, she has not let that define her identity. The fact that does not identify with native English and Spanish speakers socially is a problem but she identifies with a group like her. A people facing the same crisis as her, The Chicano people. She was not content and further investigated why her language is considered illegitimate and eventually accepts the facts presented to her.

How to tame a wild tongue analysis highlights the authors experience living in a community that struggled with identity for a long time. Language plays a big role in establishing our identity, it unifies and makes it possible for us to relate to others. Only you can value your language, it is a choice that nobody can take away from you. The language you chose to speak is a personal decision. We are a diverse people and should accept and appreciate that fact.

Try to solve the new Formula Cube! It works exactly like a Rubik’s Cube but it is only $2, from China. Learn to solve it with the tutorial on rubiksplace.com or use the solver to calculate the solution in a few steps. (Please subscribe for a membership to stop adding promotional messages to the documents)