Nicholas Carr “Is Google Making Us Stupid” Summary and Analysis 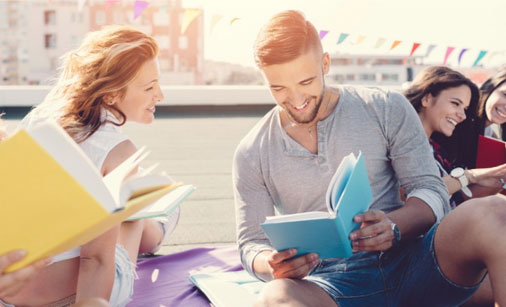 Since the dawn of technology, the concern about the effects it had on the human mind has always been present. For instance, Socrates expressed this concern in his “Phaedrus” when he wrote about how the invention of books makes the soul forgetful. He warned that the new generation of readers was blindly putting their trust in external written sources and that the library was responsible for promoting this notion.

This ideology was still prevailing in the 17th century as expressed by Robert Burton in his writing titled “The Anatomy of Melancholy” stating that books contained huge volumes of chaos and confusion that made the eyes and fingers ache. In the 1890s, this ideology was shifted into an electronic medium where the telegram has already come into existence. A prominent physician expressed the view that the extensive use of telegram technology was breeding a wave of mental illness. The advent of the age of the TV received the same ideological perspective where the TV and radio were blamed for giving the brain passive pleasure and made children stop reading books.

Is Google Making Us Stupid Summary and Analysis

Is Google making us stupid summary and analysis takes a look at the works of Nicholas Carr. Is Google making us stupid is an article that appeared in The Atlantic in 2008. The article reveals the extent to which the internet has affected our attention span and our overall thinking. He justifies his arguments by using examples of research done by various universities and other groups. One point does stand out, over 30 years, new technologies have been introduced that have rendered us incapable of critical thinking and reading. All this simply means that we don’t take time to read stuff and think critically through situations. Instead, we are quick to turn to Google for answers.

Carr, at the beginning, recounts a scene from the “2001: Space Odyssey.” A melodramatic moment when the supercomputer Hal is being dismantled, he starts to beg for his life as each wire is being removed. Hal claims that his mind is going and that he can feel it. He references to this scene because he believes our minds are Hals’. The difference is we are sabotaging ourselves, unlike Hal who was dismantled by his human humans. In his writing, he reveals that he feels as though something or someone has been restructuring his brain mainly remapping and reprogramming it. This is because of our reduced attention span and critical thinking. We have traded our gained intelligence for the superficiality of the internet. We have come to believe Google has all the answers, therefore, we do not make the extra effort of doing thorough research. We no longer, as he points out from his experience try to deal with complex notions and difficult texts. In his own words:

”Once I was a scuba diver in a sea of words,” and “Now I zip along the surface like a guy on a Jet Ski.”

It’s obvious that he is referring to his inability to write as eloquently as he once did a side effect of the online world. Ironically, the internet provides us with a lot of useful information and he is quick to point it out.

The internet gives us access to a multitude of information, although it is expected that we become intellectually superior, it is the opposite that happens. First, our attention time spans have significantly reduced which means that we consume less information that we could have ordinarily. Is Google making us stupid? Just as Carr asked himself that question, we too are also forced to asl the same. He argues that the more time he spends time online, the worse his reading gets. That is not the only issue, a study done in 2008 where approximately 34 million articles, mainly academic published between 1945 and 2005 were analyzed, and they revealed a sad state of affairs. Over the years the number of citations referenced to in these articles has significantly reduced. Although digitization of journals gives us access to more information, we tend to focus on recent material and in the process, we all read and refer to similar material. A disgrace in a world where we have an abundance of information.

Don't Wait!
Want to Save Your Time and Take a Break from Paper Writing?
Order Now

Technology has provided us with immense reading resources, including online libraries. But instead, we get the books, check out the titles, skim through the outline and we’re done with our read. I believe that how the information has been presented dictates whether we actually read it or not. As Carr points out, we are likely to read material that has been handwritten compared to typed work. Is Google Making Us Stupid Nicholas Carr points out another enemy to our attention span, the use of hyperlinks. It has nothing to do with Google but everything to do with our limited attention span.

Hyperlinks are not really the problem when you think about it critically. The problem lies with us, and all the internet does is expose our weaknesses. We crave new information, and hyperlinks let us jump from site to site even before we can fully comprehend the information at hand. We have a fleeting attention span, such that any temptation, regardless of how trivial, can get the better of us. Is Google making us stupid makes us question our freedom. The brains’ malleable nature has for long been seen as a positive thing, but Carr makes us see the downside to this feature. Since our brains are shaped by our experiences, we should be careful not to be enslaved by technology, letting our gadgets reprogram our circuits. The truth is, every activity that we engage in affects our brain in one way or another.

Is Google making us stupid analysis makes us skeptical of some of the information that he has provided. I think it is worth noting that even though the information we get online is shaped to suit what a specific authority dictates, our brain performance is actually improved. Critical thinking might be so low such that we fail to discern truth from fiction, but surfing the web has its pluses. A 2009 study done by neuroscientists at UCLA revealed Google searchers when compared to reading texts from books significantly improved activities at the dorsolateral prefrontal cortex, the region responsible for precision talents. This, therefore, makes us argue that there is a chance that Google is actually making us smarter.

In this Is Google making us stupid summary, there is one thing that stands out, personal discipline has a significant role in how we use the internet. Although there are numerous temptations that may destroy our attention span, with concentration and critical thinking, we can successfully avoid them. I agree with Nicholas Carr that we form connections to the devices that we use for communication. They make our lives easier but it comes at a cost. Is Google making us stupid makes us wary of the fact that we should be careful not be enslaved to technology. Considering that our critical thinking is also in jeopardy, the author blames it on less reading because we can no longer concentrate for long periods on a specific task or read. Am inclined to believe the personal choices that we make can help us overcome the problem.