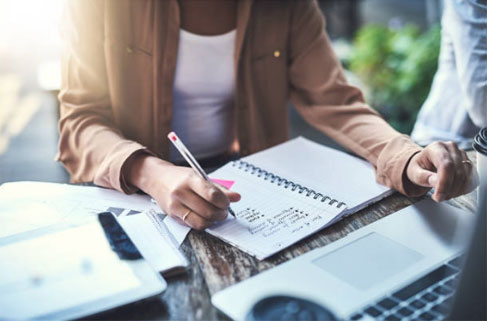 Kids are raised in different settings. For this reason, each individual grows up with different experiences which shape their characters and perspectives. Due to the varying backgrounds, kids have different levels of maturity among their peers. However, there is a debate whether the transitioning age has been set too low due to the high teen crimes in the recent years. This raises the question ‘what should be the right age of responsibility?’ Below is an age of responsibility essay example.

Don't Wait!
Want to Save Your Time and Take a Break from Paper Writing?
Order Now

Adulthood is the period that comes after the adolescence stage. The age where one is considered as an adult varies considerably. A lot of people believe that being deliberate, genuine and thoughtful is being an adult. However, there are numerous deviations from this benchmark – accounting for the varying age of maturity. Philosophers, lawmakers and scientists differ in opinions of the periods when adolescent ceases, and adulthood starts.

The level of maturity depends on the way that an individual interacts with others. A “mature” person has high attitudes, is realistic and treats others with respect. Sociologists argue that an 18-year-old can be regarded as an adult. According to them, puberty is over by age 18. In the UK, at age 18, individuals are considered to be in the age of “majority.” They are allowed to be ‘legal’ and can assume adult responsibilities.

Some of the reasons or theories why 18-year-olds are considered to be adults are:

However, in most cases, 18-year-olds are not mature enough to be responsible or deal appropriately with the society. Their mindsets are not done maturing. Research shows that the prefrontal cortex is halfway developed for 18-year-olds. The frontal lobe is responsible for cognitive skills such as problem-solving, emotional expression, decision making, etc. For this reason, the majority of 18-year-olds behave more like adolescents than adults.

Most 18-year-olds live in their parents’ home or depend on their parents or guardians for school fees, food, and rent. These individuals have not assumed complete adult responsibility, and thus, they are not entirely independent. 18-year-olds have not achieved the cognitive abilities of a fully functioning adult. In addition, most of these individuals cannot hold mature conversations with older people and therefore prefer to be with their age mates or younger friends. Setting the age of responsibility at 18 destroys the state of mind of young teenagers and makes them want to grow up too fast.

Another set age of transition to adulthood is 21. A lot of people argue that 21 should be the correct age of maturity. They say that at 21 years, an individual is ready to take on responsibilities such as having jobs, voting or drinking.

However, 21 is an arbitrary age that was chosen unintelligibly since 21-year-olds are not fully mature and cannot be trusted by the society. They are prone to making bad choices in life since their frontal cortex is not entirely developed. They also have not yet earned the respect of the society. They are often misunderstood and do not make the best first impression with older generations. Most of them are at the stage where they are trying to figure out who they are. As a result, they dress wildly and do impulsive things and end up being treated with less respect. In addition, older people feel superior and better than the younger generation since they have more life experiences. For this reason, the age of responsibility should not be set at 21. It should be increased to 25.

Psychologists say that true adulthood begins at 25, despite the fact that the transition from childhood to adulthood is traditionally set at 18. The reason behind this is that significant neurological changes occur in the mid-20s. Cognitive development continues to develop into the early adulthood stage. Also, Hormonal activities associated with the teenage years continue into the early 20s. The individual undergoes changes in the prefrontal cortex that results in emotional maturity, judgment, and positive or negative self-image. In other words, the brain reorganizes itself so that it becomes more like that of an adult.

The reward system in the brain tends to reach the maximum level of activation in the early adolescence stage. It then drifts back to normal activation gradually, as the person reaches the age of 25. This is why adults over 25 years are less sensitive to peer pressure influence and have no difficulties dealing with peer pressure. Also, in adolescents, the “sensation-seeking” and planning centers of the brain work hand in hand to drive curiosity. These desires increase when individuals leave home to fend for themselves. They force individuals to look for innovative ways to take care of themselves. Taking on adult responsibilities early signals the brain to stop certain plasticity because you need stability and consistency.

The challenge with setting the age of responsibility at 25 is that it will result in immature adults with a passive sense of reliance. To overcome this challenge, parents and teachers should train children on how to be to be responsible and the consequences of not having any personal responsibility.

It is crucial to note that some adolescents may want to live with their families longer because they feel like they need more support during their formative years. Parents should understand this and not pressure their kids to move out because young people develop at their own pace. They should also realize that an adolescent still needs a considerable amount of help and support beyond the age of 18.

Got questions? Need Help?
START A LIVE CHAT with an operator!

From the essay about responsibility above, you can observe that there are two measures maturity: The first one is the experience of dealing with adult responsibilities and the second one is having the cognitive capabilities of a fully fledged adult. The first varies from person to person. You will find some individuals started working at a tender age to pay bills etc. while others live with their parents or guardians until they are 30. This is why it is challenging to come up with a substantial age of responsibility. Children grow at different rates and their experiences determine their maturity levels. Any set age could be unfair to some people and perfectly okay for others.